Murchison Falls National Park Travel Guide – Murchison Falls national park is a part of the greater Murchison Falls Conservation Area (MFCA), the park is a home to 76 mammal species which offers excellent wildlife viewing. The sites for attraction at Murchison falls national park include Kaniyo Pabidi forest reserve, which is a great place for chimpanzee trekking and within this forest, most big safari animals are easily seen, including four of the  big five including the lion, elephant, Buffalo, Leopard and the Rhino found at Ziwa Rhino Sanctuary where you can also do Rhino tracking activity ,this is one of the most huge and interesting animals to look at. 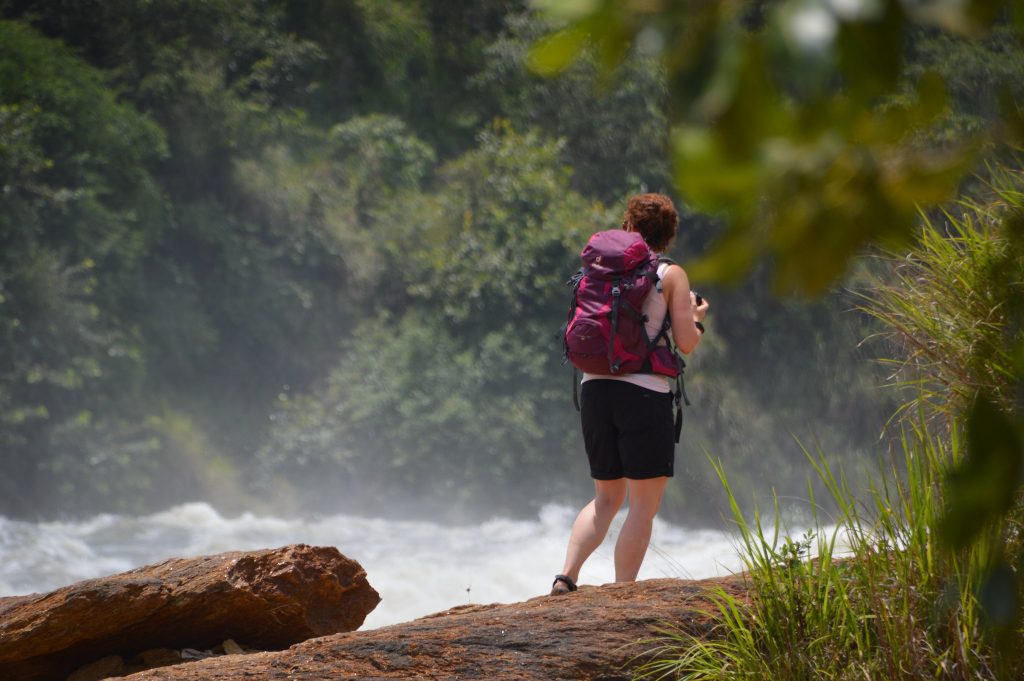 The Victoria Nile bisects the park in to two forming the two sides of the park that is the northern and the southern part of the park of Murchison Falls national park, the Nile is channeled through a narrow cliff in to the Rift Valley escarpment extending inland up to the lake albert. Boat trips are the highlight to the spectacular Murchison Falls, perhaps the most impressive waterfall in East Africa where you will have an opportunity to sight a lot of water animals like hippos, crocodiles and buffalos swimming in the waters during the hot sun and a lot more animals around the lake shores drinking water.

The most magnificent attraction of the Murchison falls is the hike to the top of the falls where the immense power of the Falls is one of the best attractions.

This travel guide gives you the insight and basic information in order to help you in planning your memorable tour safari to Uganda to visit Uganda’s famous national park, Murchison falls national park. Murchison falls national park can be visited all year round and the best times are from December to February as it’s a bit dry and makes it easy to spot animals around the park since they move in search for water from the available source in the park.

Also, the high seasons best known to be the pick seasons of the year in Uganda from June to September is also much better to visit Uganda.

How to get there

There are several routes to get to Murchison fall national park one can decide either by road or air transport and when at the park, there are several gates where by you can access the park either from the north or the southern direction.

The first route is from Kampala to Masindi  travelling northwards and accessing the park through the southern gate close to Parra lead and the drive time is about 305km and takes about 4hrs drive from Kampala, during the travel, you may have en route stop over at Ziwa Rhino Sanctuary a home of the only remaining Rhinos, you can do rhino tracking as you proceed to Murchison falls national park. 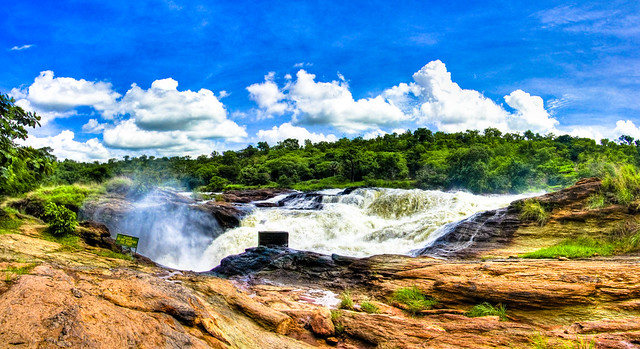 Northern gates through the Budongo forest route one of the largest forest reserve in Uganda, the forest is located at Murchison fall national park and covers an area of approximately 825km2 and spread s to 430km along the rift valley which provides clear and direct view of l. Albert from the position of the rift valley escarpment.

The other alternative is by the use of the domesticated chartered flights from Entebbe international airport landing at various airfields found at the park i.e. Pakuba air fields, Chobe airfield and Bugungu, later transfer to Murchison falls national park for the start of your activities.

Murchison falls national park climate is generally hot but being a forested area, there is minimal temperature variation due to the park’s geographical location, it does however get hotter during the dry season of December to February and from March to November there is little rainfall seen during the wet seasons. However therefore temperatures in Murchison falls national park keeps varying so it’s un predictable.

while at Murchison falls national park there a lot of attraction you will be able to see and have the best of your safari.

Best known for chimpanzee trekking activities, the forest harbors a number of primate species including chimpanzee and white and block colobus monkeys. not only does it offer chimp trekking, but also bird watching activities with a variety of bird species found in the forest which include; African eagle, Black headed gonolek, Giant kingfisher, Goliath heron, Black headed lapwing and many more. This place best suites bird watchers since they to see a lot of birds in the forest.

The forest offers an opportunity to track chimpanzee and primate along the trails in the forest also the forest harbors a lot of bird species enabling birding activities which can be sighted during the nature walks around the forest, birds like yellow-footed, white the hornbill, and many more.

Murchison falls national park is covered with a lot of flora and fauna ranging from wetland, wood land, tropical  forest and a lot of savannah grassland that is a home to over 76 mammal species and over 450 recorded bird species .the park is a home for the four of the big five which include lions, Elephants, Buffalo and Leopard a part from the big five there are other animals like hippos, antelopes, giraffe ,warthogs, Uganda kob, hartebeest  large crowd  of water animals like crocodiles, hippos and birds like shoe bill stork. Pabidi kaniyo forest is the home to primates with over 360 species of chimpanzee which is the highlight of the activities in the forest.

The Buligi game reserve is naturally covered by a lot of savannah grass land which is a habitat for a variety of wildlife in the parks such as hippos, elephants, buffaloes, lions, leopards and many more. However, abundance of the Bulisi reserve is due to wide range of the eco-system like woodland, tropical forest with different tree species, vegetation and others which is the base for the game drives safaris at Murchison falls national park together with the Budongo forest, Kaniyo Pabidi forest all forming the Murchison falls conservation area.

Murchison falls national park has a variety of attractions ranging from over 76 mammal species and 450 bird species that have enabled a lot of activities around the park which include;

The launch trips upstream from Paraa 0ffers a great view of the wild life and the mighty Murchison falls and the boat downstream up to the Nile Delta is highly recommended for birding activities which best suites the birders around the shores of the Nile harbors a lot more species of birds.

Most of the game in Murchison falls national park is greatly viewed during the game drives around the park, a lot of animals can be viewed around the Nile Delta where you will have an opportunity to sight the lion waiting for prey that come around to drink water. The game drives also take you to Buligi area known to be the heart of Murchison falls also has a lot more game to view such as elephants, Buffalos, Giraffes along the savannah grassland, warthogs, Hyena, and many more this offers many travelers a great experience while at Murchison falls national park.

Murchison falls national park has a lot of attractions, beautiful sceneries and the land scape which can be best explored on foot, here you sight a variety of animals at close range while in the park. Also, nature walks around the forests of kaniyo Pabidi forest, Budongo and Rabogo forest offers great views of many primates like chimpanzee and the birds can be sighted during the swamp walks a long the trails you can sight the famous shoe bill stork, king fisher and many other bird species. 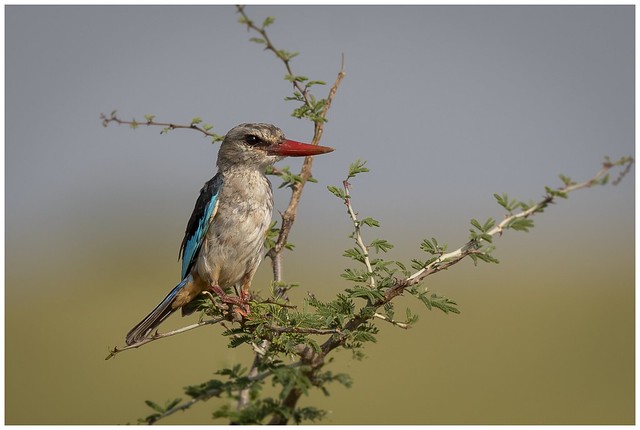 Murchison falls national park is a home to over 450 bird species which offers a lot of birding activities. This best can be done during the game drives and launch cruise both offer you an opportunity to sight many bird species around the savannah grass land is also a home to many birds, water birds can be sighted during the launch cruise on the Nile up to the Albertine Rift Valley offers the main birding attractions such as the Black headed lapwing ,kingfisher and around the Nile Delta, you will sight the shoe bill stork at the shores.

The remote villages of Mubako is located beside the sprawling savannah of Murchison Falls National Park. The village are made of traditional grass thatched round huts with trees used as a shade during the days hot sun. The villagers engage in a lot of activities such as art and craft, hunting and many more. they have a small craft shop that sells carved wooden sculptures and handwoven items made by community members. At dusk, the local cultural groups perform vibrant songs and dances around the campfires of local lodges, accompanied by the beautiful sound of the local drums made by the people from this region, this instrument is made of cowhide and twine used basically during the traditional functions and for entertainment.

There are few economic activities practised by the locals in this villages due to the poor climate and weather changes making farming and agriculture difficult in this region. but with the small donation the travellers pay for this activity helps in the development of this communities in the provision of basic needs like the community can buy produce from local markets, pay school fees for school going children, clothes, Health services and many more items which intern improves on their standards of living.

Nile perch and tiger fish are the common fish species found in this area, in most cases the fishing activity is done on the River Nile basing on the number of people and different designated fishing spots.so for the clients interested in this activity are advised to make an earlier booking so you can do the activity.

There are several accommodation facilities both inside and outside Murchison falls national park in which you can reside in as you begin with your safari activities, the lodges range from Budget, mid-range and luxury accommodation to suite the interest of the visitors.